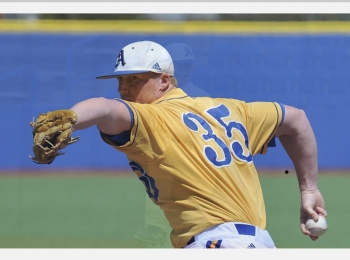 O’Dell had 48 strikeouts and a 3.92 ERA in his sophomore season at Midland College in 2014… Helped lead team to the NJCAA Division I Baseball Championship Tournament… Went 4-4 in 64.1IP where he started 15 games… Had one complete-game shutout and limited the opposition to only 51 hits in his 64.1 innings of work… Recorded 38 strikeouts in 41.1 innings during his freshman season at Midland College in 2012… Limited hitters to a .212 batting average throughout the season and earned two wins. Pitched at Jim Ned High School before his two seasons at Midland College… Holds the Jim Ned single-game record with 19 strikeouts in a game against Coahoma… Threw a no-hitter against Clyde High School in 2011.. Was by the Greater West Texas Baseball Coaches Association in 2011 and was an all-state honorable mention selection and was a first-team all-district selection.