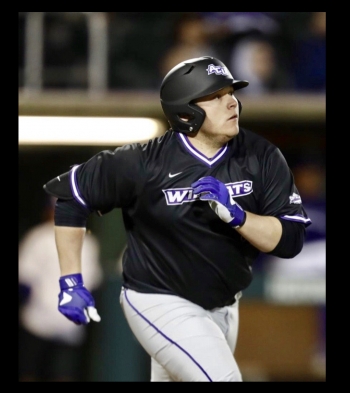 Graduated from Frenship High School in 2015. Led the Tigers to district championships as a sophomore (2013) and senior (2015). Class 6A First Team All-State first baseman as a senior in 2015 and Second Team All-State first baseman as a junior in 2014. Hit .491 as a senior and threw a no-hitter in 2015. Part of a team that advanced to regional semifinals in each of his three seasons. Texas High School Baseball Coaches’ Association All-Star Game selection after his senior season.

As a freshman at Odessa College hit .407 in 53 games 7 home runs and drove in 53 while also collecting 17 doubles and scoring 47 runs NJCAA Region V All-Star.

As a sophomore at Abilene Christian University started 47 games and hit .263 with 21 runs, seven doubles, a triple, two home runs and 22 RBI.

As a senior appeared in 28 games with 26 starts that was cut short to a knee injury. In those appearances hit .327 with 5 home runs and 31 RBI

Graduated with a Bachelor of Science in Kinesiology with a focus on Sport and Recreation Management.