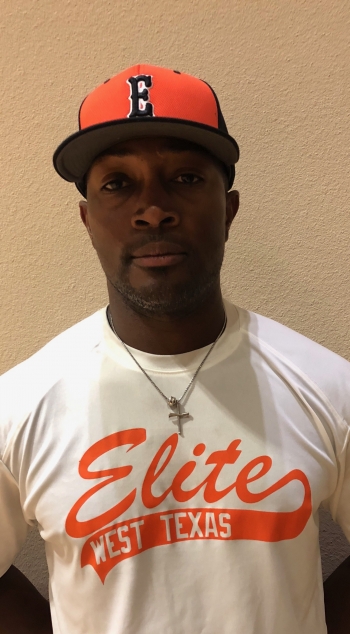 Ronnie Gaines is a Temple, TX native, and has been involved with baseball all of his life. Ronnie was a outfielder in college and professionally along with coaching and mentoring high school and college players.

Gaines played at McLennan Community College out of high school from 02'-04'. He then went on to play at Angelo State University from 04'-06' where he was an All-American and team captain finishing his senior year at ASU hitting .417 and led the team with nine homers, 59 RBIs, on-base percentage (.504) and even pitched for the Rams.

In the Spring of 07', Gaines signed a professional contract with the San Angelo Colts. Gaines had a great rookie season in pro ball, hitting .334, with 19 home runs, 53 RBIs and 29 stolen bases, on his way to winning the United League Baseball Rookie-of-the-Year Award. His performance also earned him a trip to affiliated baseball in 2008, when he was signed by the White Sox organization. Through the course of his 2008 season with the White Sox Gaines played rookie ball, low A, and high A. Gaines finished his professional career with the San Angelo Colts in 2012 with 7 years of professional baseball under his belt.

In 2012 and 2013 Gaines began teaching and coaching at Texas Leadership Charter Academy in San Angelo, TX. He was the assistant baseball coach for two years.

Currently, Gaines lives in San Angelo with his wife, Kayla, and their two children.